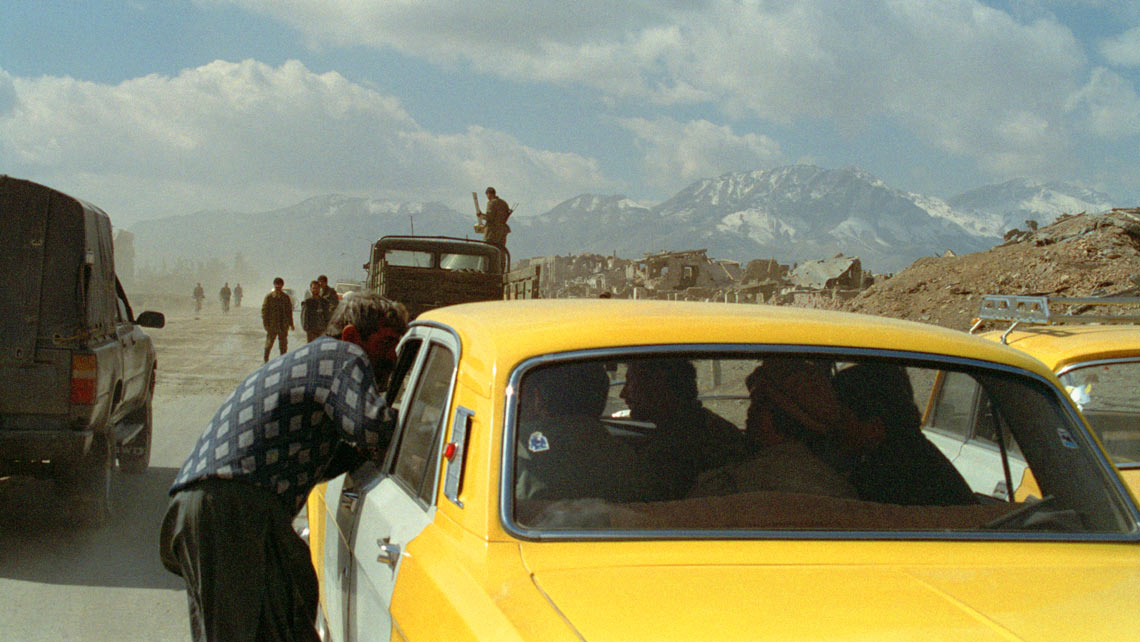 In the 21st century, globalization has opened up the world for better and for worse. While we all welcome the virtues and advantages of an open society, POPPY tells a different story: of a world facing chaos and anarchy as a result of multiple threats. The non-linearity of digital imagery, fluid and not fixed, suited well in explaining the undercurrent in our project: how interconnectivity in a modern world creates multiple forces of its own, operating in destabilizing ways in many areas. Drugs, armed conflict, transnational crime, corruption, chronic poverty, and the spread of HIV/AIDS; POPPY shows how closely they have all become intertwined.

As a base we have used materials from our documentary works and other more personal materials collected during two decades and in fourteen countries. From the concrete jungle in East London to the civil war in Afghanistan in the early nineties, the rise of the Taliban and the American intervention after 9/11. We have also included raw, unfiltered (amateur) pictures from public sources such as YouTube, WikiLeaks and Google Earth, sources that did not exist twenty years ago, but now provide valuable imagery and information. 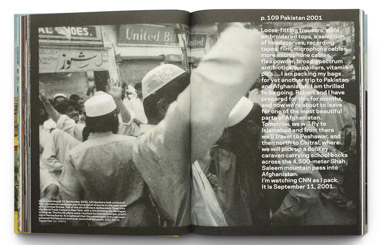 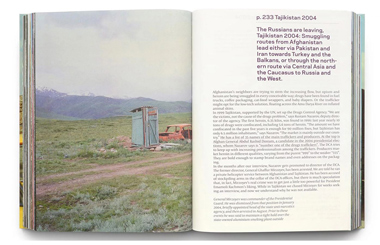 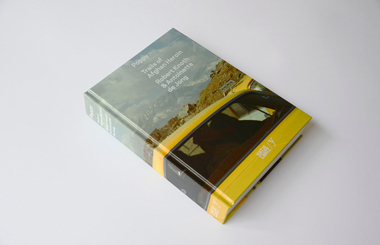 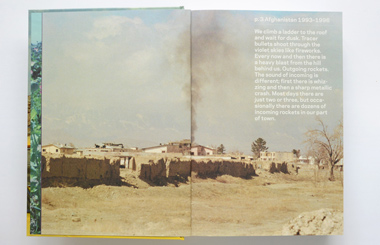 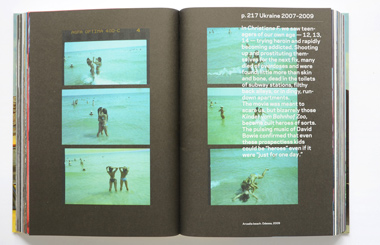 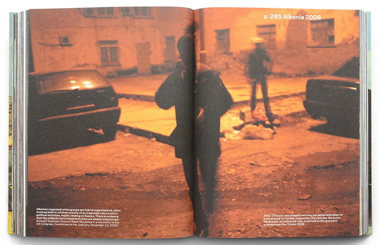 POPPY blends documentary and visual arts in a layered form of nonlinear storytelling that bridges various locations and times, merging photo, video, radio reports and found footage. Different elements, strands of story-line and characters are linked, layered and assembled a colossal - and at times frightening- mosaic. This concept is also a reflection of how the pattern of the story revealed itself to us, slowly but surely, during our journeys along the Poppy-trail. 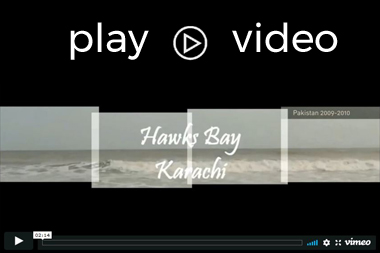 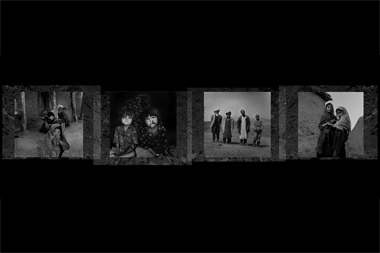 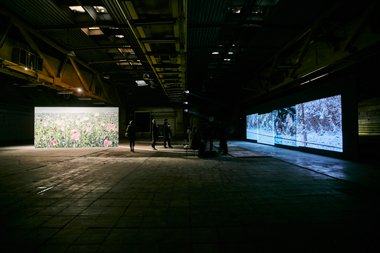 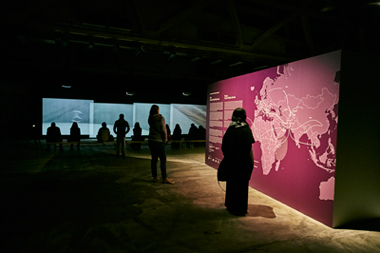 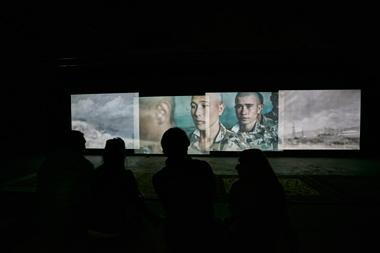 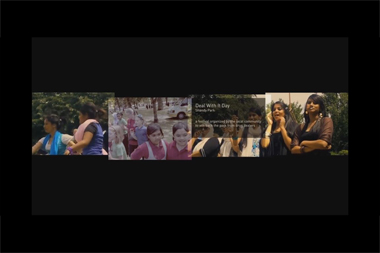 Paul Loomis, American Suburb X
"Poppy works a kind of magic ... Immerse yourself in this book and you will emerge believing the world to be a very different place than it was before Robert Knoth and Antoinette de Jong led you on Poppy: Trails of Afghan Heroin.
Rated 9.5"

Deutscher Fotobuchpreis
"This project catapults us with full force in the globalized presence, it is a class of its own, very modern in shape, very relevant in content, very thorough in the handling of this theme, this is a brilliant book."

Jess Scully, Timemachinemag
"Poppy is a dense, intense object of a book that weighs in at almost 500 pages. Images and text ricochet back and forth in time and space, photographs overlaid with short, brutal captions, saturate the uncoated stock with dream-like blurs of colour, sacrificing detail and clarity for texture and depth ... I read Poppy shortly after finishing Gary Shteyngart’s novel Absurdistan. There were echoes of the same grim humour and absurdity in Poppy ... In Poppy, a grand ambition has been realized."

Jorg Colberg, Conscientious blog
"Poppy, trails of Afghan heroin is an epic tale ... the writing is engrossing and addictive ...
... with its very smart presentation and the quality of the photography and the writing, this book is setting a new benchmark ... highly recommended."

Jon Levy, Foto8
"It sets Poppy upon a pedestal of immense photographic, journalistic and design achievement ...
... I stated when I first saw the book that it re-affirmed my belief in the power of publishing photojournalism."

Paul di Felice, Mudam/EMOP
"Poppy, a multimedia installation, fascinates with a combination of critical and revealing images and a set-up that urges visitors to rethink the evolution of photography as it leaves its two-dimensional nature behind to become a truly multidimensional medium."

Esther Villela, Luxuriant
"How information becomes art ... Even if it is not fiction, artistic freedom plays an important role in the installation. The rather free selection of sounds, photographs and films deconstructs the timeline and exposes the artists' perspectives of history. Keeping distance from a strict rehashing of events allows the viewer to see the installation at all moments and without the feeling of having missed the beginning. In addition, it allows the individual to create its own perspective of that part of the world, which he knows exists, but never gets to see."

Gup Magazine "The variety in photographic styles and formats is not only witness to the considerable work the authors accomplished in the past twenty years; it also enhances the feeling that a colossal (and frightening) mosaic is being assembled before our eyes” … “the hyper realism of journalism and the beauty of art [are] often blending together."

Lieutenant Colonel Allard Wagemaker, Royal Netherlands Marine Corps, Military Spectator "Those who wish to comprehend how our own security in a broader sense is connected with the fragility of other states and how events far removed from our state borders are having effect and how heroin is working as a catalyst, should not miss Poppy." 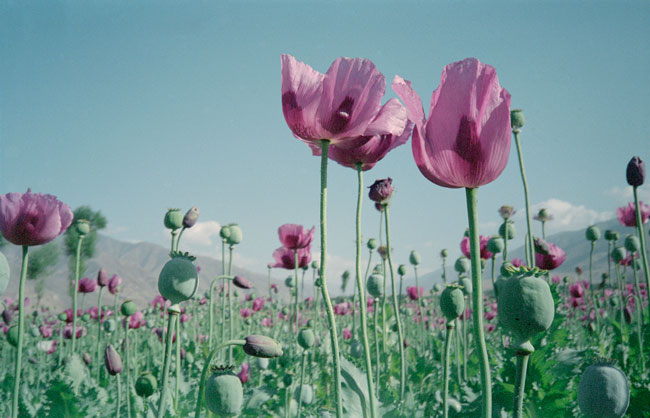